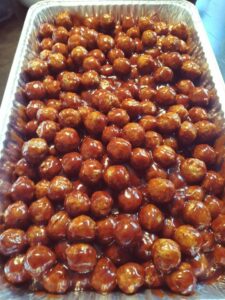 Boiled Potatoes With Meatballs And Cheese For A Delicious French Treat

In many ways, French food has had a significant effect on American culinary tradition. Despite the fact that this newest version of sliced potato and meatball casserole with bechamel sauce is made using a combination of original and extremely common components, it has an unique twist that will appeal to foodies.

So If you like French cuisine, here is a dish that you will undoubteDespite the fact that this newest version of sliced potato and meatball casserole with bechamel sauce is made using a combination of original and extremely common components, it has an unique twist that will appeal to foodies.dly enjoy. This Meatballs, Potatoes, and Béchamel Sauce dish has a strong flavor to it, which is one of the reasons I like it. It’s versatile enough to serve as a delicious meal on any given day. Whether you want to surprise your children with something new or amaze your guests at your birthday party, this simple dish might be a great option for you.

THE MAIN INGREDIENTS THAT YOU WILL NEED TO MAKE THIS CASSEROLE ARE:

FOR THE BECHAMEL SAUCE, YOU’LL NEED:

– Step 1: Make a simple béchamel sauce first, which will be used later on in the recipe. To begin, heat the butter in a medium saucepan over medium-low heat until it has melted.

– Step 2: Add in the flour and whisk everything together until it’s smooth. Continue to cook the mixture for approximately six or seven minutes, or until it has a light golden hue throughout it.

– Step 3: In the meanwhile, bring your milk to a boil in a separate pan until it’s nearly boiling, stirring constantly. Using a whisk, slowly pour in the hot milk, one cup at a time, until the mixture is smooth. Once the milk is heated enough, remove it from the heat and set it aside.

– Step 4: Once all of the milk has been absorbed, bring the whole pot to a boil and simmer for 10 minutes, stirring regularly during the process. Season it with salt and nutmeg towards the end, and you’re set to go!

– Step 5: The oven should be preheated at 400 degrees now that the sauce is ready. Next, get a large mixing basin and add your package of beef, along with your smoked paprika and parsley that have been chopped.

– Step 6: Season with a little salt and pepper, if desired. Once all of the ingredients are incorporated, thoroughly mix them together until they are uniformly distributed throughout the mixture.

– Step 7: After that, peel three potatoes and boil them for around eight minutes, just until they are semi-soft.

– Step 8: As soon as they’re done, remove them from the oven and cut them into slices, which you should arrange around the bottom of a circular glass baking dish. One layer should be laid flat on the bottom, and another layer should be arranged around the edges as well.

– Step 9: After that, take the beef mixture and shape it into meatballs the size of ice cream scoops—the whole batch should yield around 15 meatballs. After that, lay them on top of the potato pieces that you already set out.

– Step 10: You can use the rest of your potato slices to make walls between the meatballs so each one has its own space.

– Step 11: Fill each of the “compartments” halfway with béchamel sauce and finish with a thin layer of shredded mozzarella.

– Step 12: Finally, place the whole dish in the preheated oven for 15 minutes to cook. As soon as you’re finished, you’ll have a wonderfully cheesy and creamy French casserole-style meal that the whole family will enjoy.