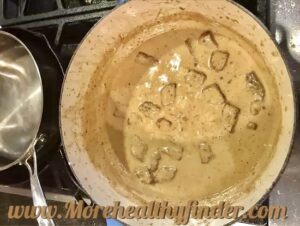 This is one of those recipes that takes me back to my childhood. My mother used to make this meal occasionally, but it was always a special treat when she did!

In exploring this recipe, my mother discovered that it, like any other traditional meal, can be made in around a thousand different ways. Nonetheless, the fundamental elements of all the recipes were the same: slow-cooked beef in a thick broth with egg noodles. So she decided that she could make do with what she had, so she started with the BEST BEEF STEW as a foundation and grew from there. And she did it all in the crockpot because she wanted the taste of slow-cooked, tender beef in the final piece. It turned out to be really amazing!

NOW, LET US TALK ABOUT THE INGREDIENTS NEEDED TO MAKE THIS RECIPE: